Members of the new FIFPRO Global Player Council have told how they want to amplify the voice of professional footballers.

Anita Asante, Gabriela Garton, Vincent Kompany and Jodie Taylor spoke as the council was launched publicly in Brussels. The Global Player Council (GPC) will have an international focus, reinforcing the work of FIFPRO and its 65 affiliated national player associations.

The council provides a platform for players, who avoid discussing publicly issues in football such as gender inequality and racism because of concern it may isolate them and prejudice their career.

“We want players to be able to speak up about issues, without repercussions,’’ Asante, who plays for Chelsea, said. “It’s great to have an open and transparent way to share our experiences.”

Garton spoke of her experiences of playing for River Plate and Argentina that demonstrate the need for better standards in women football.

“We, as players, don’t speak out as a group enough,” Kompany said. “I’m glad to be part of this council. By moving the game forward, we’re doing something that really needs to happen.

“When you’re on your own and you speak up you put yourself in a very difficult position. You can be forgotten in the space of a transfer window."

“If we come together and we have FIFPRO behind us, we can speak out as players”

Kompany said he wants FIFPRO and the GPC to help break the “glass ceiling” in football boardrooms for ethnic minorities.

He also wants players to take up with football authorities match load, which sees some national team players take part in almost 80 matches a year.

Footballers are being pushed “until they break down,” he said.

Reign FC striker Taylor has played for clubs in six countries during a 14-year career in which she has found herself repeatedly chasing satisfactory conditions, even as a top national team player for England.

“It’s great to be surrounded by a group of passionate people on the Global Player Council who want to achieve real progress,” Taylor said.

The Global Player Council will meet at last twice a year and, as an integral part of FIFPRO, will be in continual contact with FIFPRO staff during the year to work on key issues and initiatives. 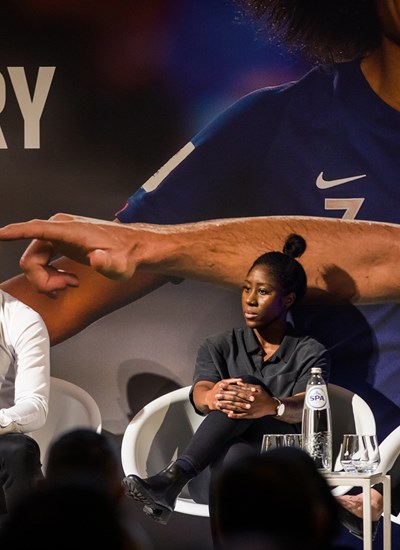