FIFPRO and the United Nations (UN) have today announced an inspiring collaboration to pursue a range of social development objectives under the UN-led Football for the Goals initiative.

Football for the Goals is tapping the power of football to advance sustainability, equality, human rights and climate action by promoting actions and practices that support achieving the UN’s Sustainable Development Goals. The collaboration between the UN and FIFPRO was launched at the FIFPRO Asia/Oceania congress in Kuala Lumpur today.

FIFPRO, which represents more than 60,000 professional footballers through 66 national player unions in Africa, the Americas, Asia, Europe and Oceania, has championed social activism by individuals and groups of football players in different parts of the world since 2008.

In joining the Football for the Goals initiative, FIFPRO has agreed to actively push to make the following commitments: 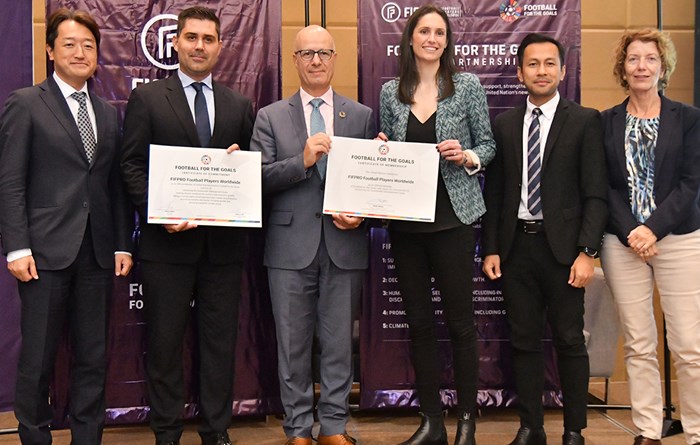 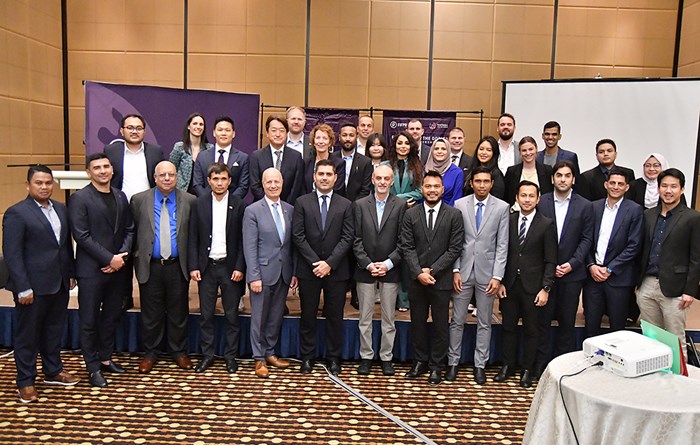 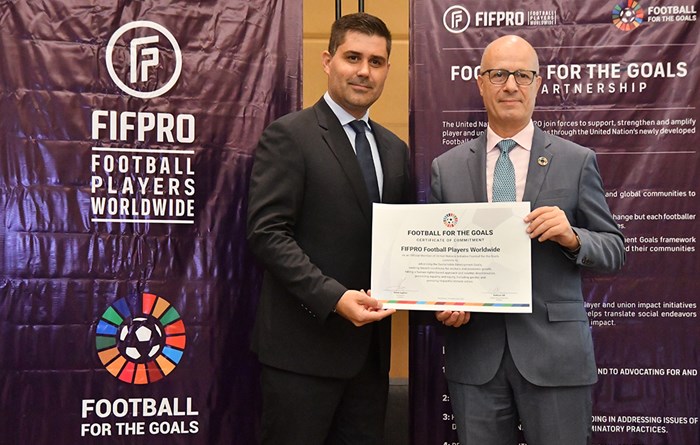 FIFPRO President David Aganzo and Maher Nasser, Director of the Outreach Division within the United Nations Department of Global Communications

"FIFPRO is proud to represent the growing number of professional football players around the world who are using their platforms to seek positive social change," said FIFPRO President David Aganzo. "We are delighted to help harness their selfless commitment by joining the Football for the Goals initiative and working together towards achieving the UN’s Sustainable Development Goals.”

"Football for the Goals cannot achieve the aspirations and objectives without the full engagement and support of the players and players unions," said Maher Nasser, Director of the Outreach Division within the United Nations Department of Global Communications. "We are very happy to welcome FIFPRO to Football for the Goals and are very excited to note FIFPRO’s pledge to actively push on FFTG commitments from sustainability, decent conditions for workers to climate action." 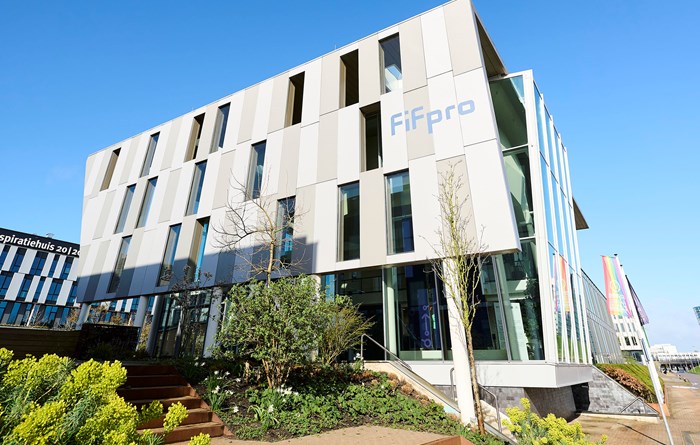 "Football for the Goals is a powerful initiative and I am particularly inspired by one of the objectives – fighting discrimination," said Moreno. "Alongside my career as a football player, I have campaigned against the harassment of women in Chile. I am determined to keep helping push for safe and fair workplaces for women both here and in other parts of the world."

"I am proud that my foundation has helped schoolchildren in my neighbourhood of Nairobi to get an education," said Omolo. "It’s important that everyone has access to the power that learning can unleash. Football for the Goals is a great platform for footballers like me to raise their voice so that all our communities can benefit."