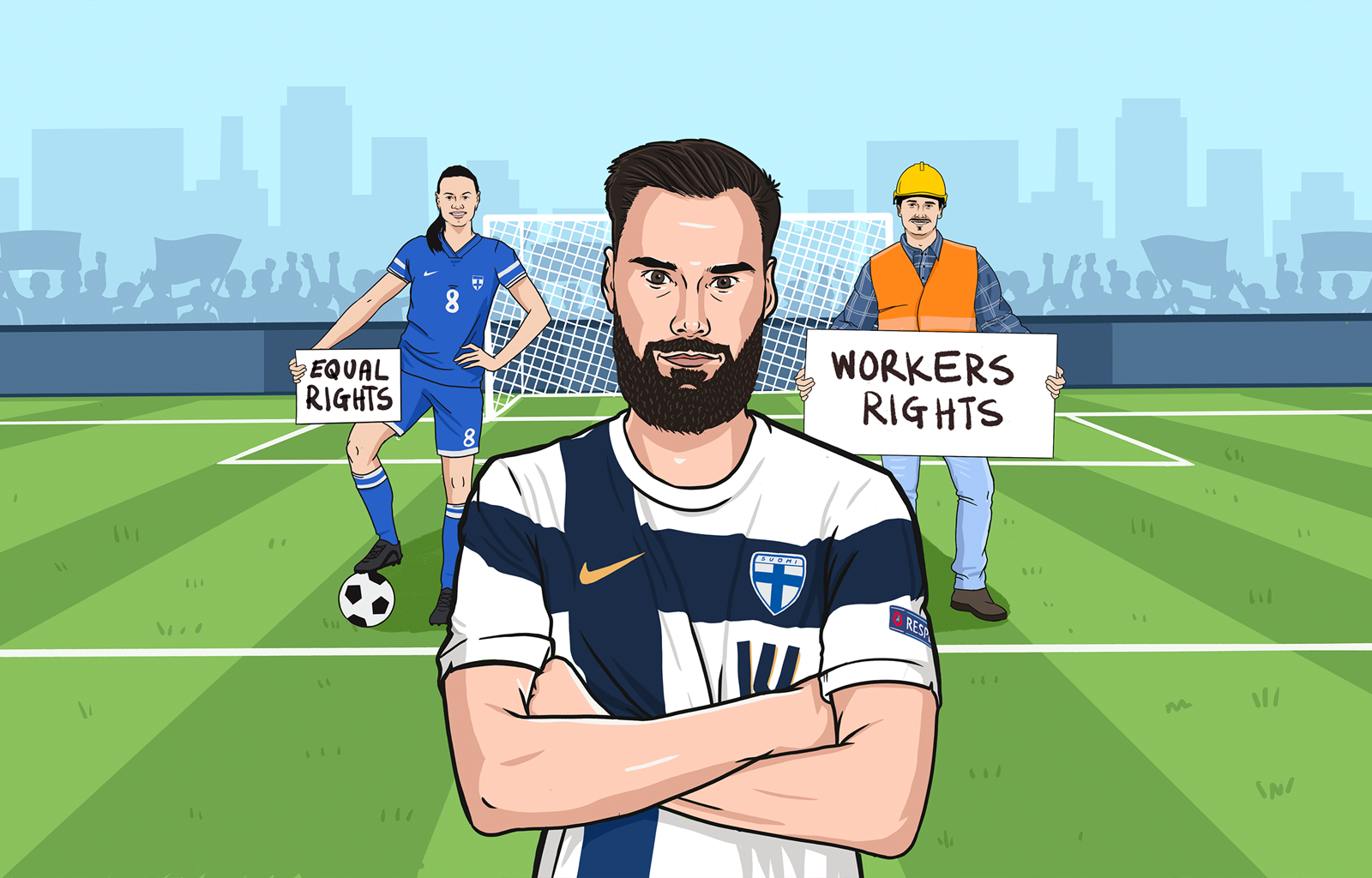 Tim Sparv is the winner of the 2021 Player Voice award, the third of three Merit Awards that FIFPRO presented this week to players who are showing outstanding social engagement.

The Finnish defender of HJK Helsinki earned his award for using his voice to help other players and people to improve their working conditions, such as the Finnish women’s national team and migrant workers in Qatar. Besides the award, Sparv will receive USD$ 10,000 to help finance his activities.

The winning players were picked by a special selection committee, consisting of player union representatives from all four FIFPRO Divisions, former Merit Award winner Haley Carter and Global Player Council member Gabriela Garton, who is also a goalkeeper for Argentina and Melbourne Victory.

The Player Voice award is for players who raise their voice to improve critical working conditions.

Tim, who is also Finland’s national team captain, is literally using his voice to talk about positive change, whether it is about getting people to vote, raising awareness about mental health, human rights, equality, anti-racism, literacy, climate change, et cetera. And he is encouraging other players to use their voice as well. Next to that, he is also making an impact in other ways, such as building football pitches in his hometown.

Tim not only speaks as a leader, he also takes action. When Finland’s women national team was in a fight for equal pay, he got the men’s team to support them publicly. Now, after learning what happened with migrants working on construction sites for the 2022 World Cup in Qatar, he has committed himself to help creating safe working conditions for all workers at facilities for future major tournaments.

What the jury said:

“The committee is impressed by the way Tim is speaking for the benefit of marginalized groups. He is a great example for others, not only raising awareness about crucial topics such as education, equality and human rights, but also taking action when he deems necessary.”

“Thank you very much for this prestigious award. I’m touched, I’m really happy, I’m honoured. I know that there‘s a lot of goods work being done from many athletes around the world. So this means a lot to me.”