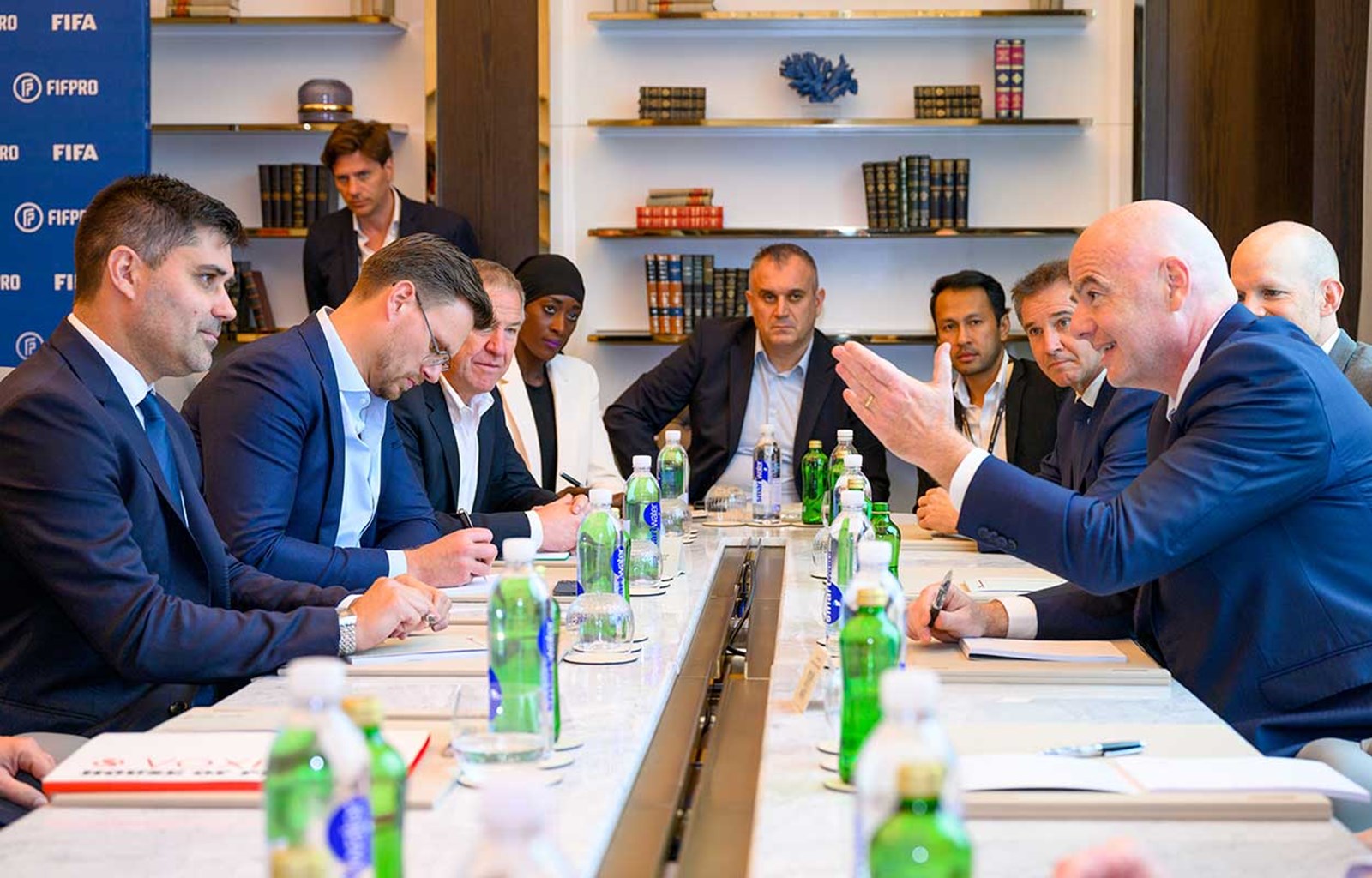 FIFA and FIFPRO have committed to negotiate a new cooperation agreement based on seven key areas for professional footballers, including the role of players in decision-making and the future of national team competitions.

Following a meeting yesterday in Doha, FIFA President Gianni Infantino and FIFPRO President David Aganzo signed a Heads of Understanding outlining the proposed structure of the agreement which both organisations will aim to finalise in the coming months.

FIFPRO board members from Africa, Asia, Europe and the Americas, along with FIFPRO General Secretary Jonas Baer-Hoffmann and other executives, attended the meeting. Several areas of collaboration were discussed including governance in the professional game, the international match calendar for men’s and women’s football, and player conditions around the upcoming FIFA Women’s World Cup 2023.

The existing six-year cooperation agreement between both organisations was signed in 2017. Under the agreement, FIFPRO and FIFA have introduced several improvements to benefit professional footballers, including new maternity regulations, upgrades to employment regulations, and a fund to provide financial aid to players whose clubs have shut down.

The seven key areas that will form the basis of the new negotiations will be:

Under an agreed timeframe, FIFA and FIFPRO will seek to conclude a new agreement in 2023, underlined by a commitment towards close and consistent collaboration around matters affecting players.

FIFA President Gianni Infantino said: "We have been increasingly engaging with FIFPRO across many levels in the last few years and this is another step in the right direction. Of course, there are important matters that will always require discussion and challenges that will require solutions, and it is easier to do that when working together in a spirit of cooperation and mutual understanding. This is a sentiment that has been shared by FIFPRO President, David Aganzo, already on several occasions."

FIFPRO President David Aganzo said: "It is important football stakeholders have a healthy and transparent working relationship, and the meeting was held in this spirit. I am pleased we have started working towards a new cooperation agreement that will take more steps to put players at the heart of the decision-making and development of professional football. We will keep progressing to safeguard players’ rights and these negotiations will seek to establish greater influence, involvement, and protections. Next to finalising this agreement, our joint priorities are now the international match calendars and player conditions for the upcoming Women’s World Cup."

An open letter to World Cup players from David Aganzo