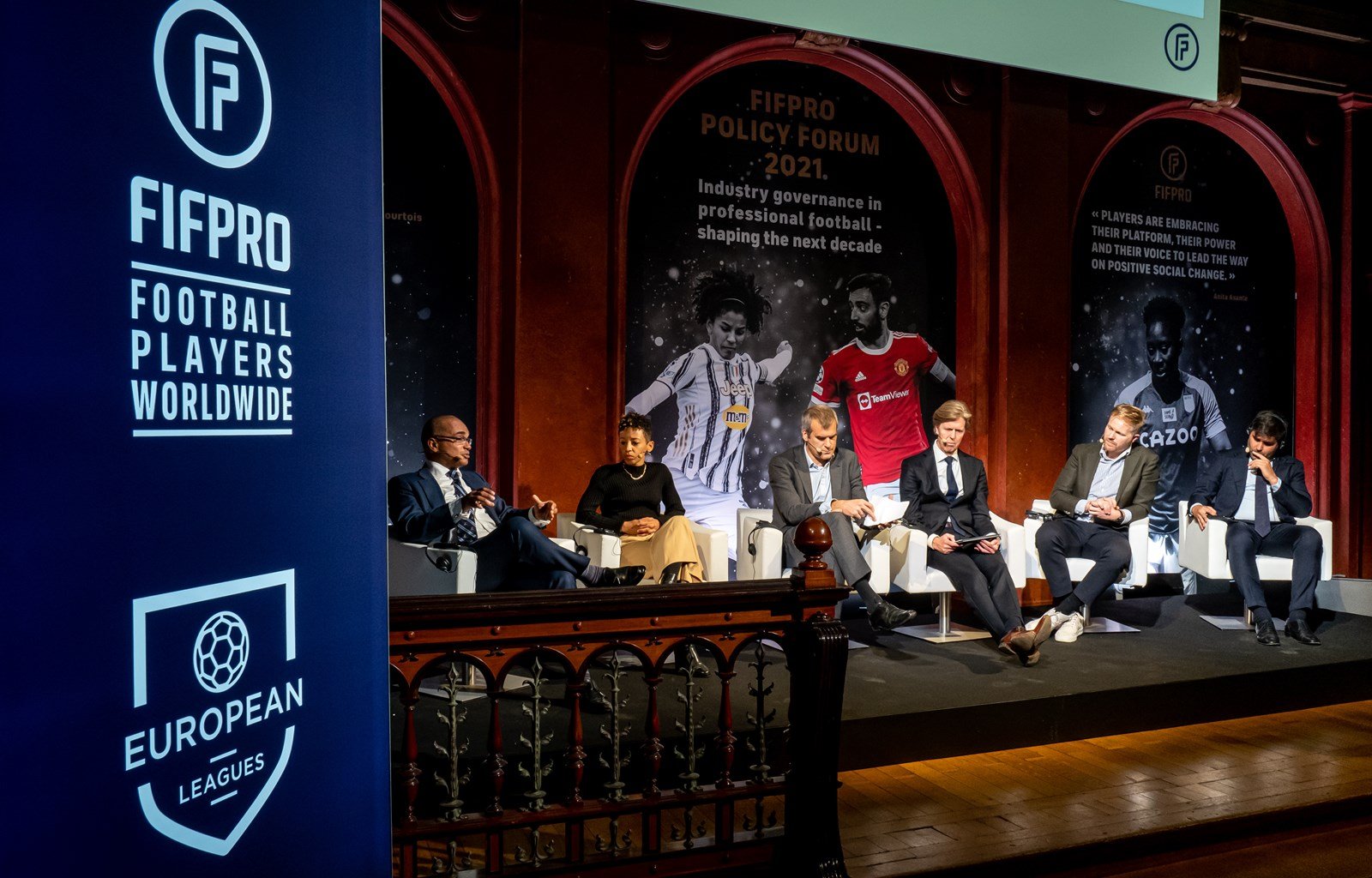 At the FIFPRO Policy Forum 2021 in Brussels the representatives of player unions and leagues last night (Tuesday) signed the document to open the way for fair and balanced outcomes in which all stakeholders have proportional influence in decision-making.

The next few years will have a major impact on football, including imminent changes to the match calendar from 2024. FIFPRO has 31 affiliated European national player unions and European Leagues represents 32 domestic championships, making them two of the most important stakeholders on behalf of employees and employers.

The manifesto calls for an adequate representation of leagues and player unions to collectively agree on matters affecting their members at both domestic and global level. “The governance framework for European football must reflect the rights of the social partners in the professional football industry,” the opening line of the manifesto says.

The forum in Brussels was attended by Members of the European Parliament and football stakeholders, including fan groups. Delegates presented mutually beneficial examples of cooperation between players, clubs and leagues on a national level through collective bargaining and reflected how these impact critical areas like financial regulation, match calendars and safeguarding from sexual abuse.

In one such collaboration, FIFPRO and European Leagues recently agreed to introduce a framework to improve concussion management in domestic championships.

FIFPRO General Secretary Jonas Baer-Hoffmann said: “At a time of imminent changes that may change football profoundly, the game desperately needs and deserves fair and inclusive governance. We will work closely with European Leagues to build a more sustainable game by following the principles of this manifesto. These principles also need urgent reflection by other stakeholders in order to contribute to a governance system which establishes shared ownership and stewardship of football.”

European Leagues Managing Director Jacco Swart said: “It is time for the governance of football at international level to get inspired and modelled by the well-functioning governance mechanisms already existing in the most sustainable football markets at domestic level. Here leagues, clubs and unions debate, cooperate but also find agreements - whether collectively or bilaterally - with their respective national association to allow our industry to flourish for the benefit of all stakeholders involved, including football fans”.

Among those who participated in the forum were representatives of the English Premier League, Spain’s La Liga, Dutch Eredivisie, the French LFP and Danish Superliga, along with player union leaders from the Professional Footballers Association (England), Asociación de Futbolistas Españoles, Vereniging van Contractspelers (Netherlands) and Spillerforeningen (Denmark).

Demitrius Omphroy: "I was always more than just a footballer"