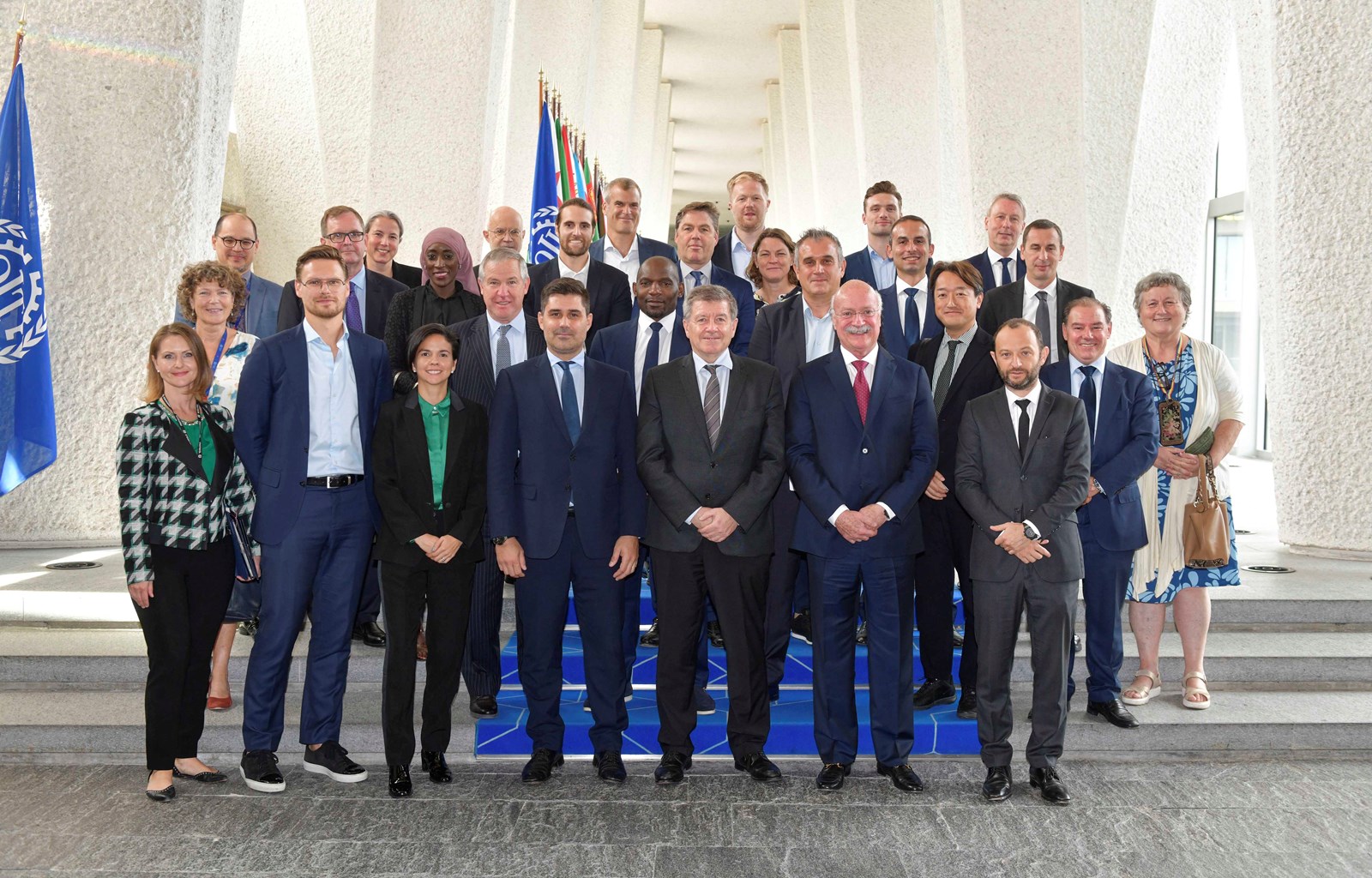 FIFPRO and the World Leagues Forum (WLF) have signed at the International Labour Organization (ILO) a ground-breaking agreement to take greater responsibility as social partners to strengthen collectively-agreed solutions in the football industry and contribute to its viability and growth.

The agreement, signed at the ILO headquarters in Geneva, cements at the world level the industrial relationships that many leagues and player unions have built in domestic markets. Known as the "Global Labour Agreement" (GLA), it commits to promoting and protecting the basic principles of collective industrial relations between the representatives of employers and employees.

With the support of the ILO, the agreement will stabilise the professional football environment by strengthening employer and employee representatives on a worldwide level and promoting fair conditions of employment in football. It covers FIFPRO’s network of 66 national player unions, which together represent more than 60,000 professional footballers, and the WLF’s group of 44 national leagues comprising some 1,100 clubs.

The accord will enable FIFPRO and the WLF to address key matters at the international level that directly affect employment relations between clubs and players, and to actively pursue equitable representation in international decision-making. FIFPRO and the WLF will also collaborate to develop and promote collective bargaining in order for player unions and leagues to take greater responsibility in professionalising football at the domestic level.

The ambitions of the agreement cover professional football for men and women. Some significant progress has been achieved through domestic agreements between leagues and unions in various women’s football markets, but this can be further accelerated to meet the specific needs of this expanding industry. As such, increasing representation and establishing industrial relations between leagues and player unions in women’s football at the international level is an immediate priority.

As next steps both the World Leagues Forum and FIFPRO will appoint their representatives for the GLA Executive Board. A first meeting of the Executive Board will then be convened before the end of the year to establish the work plan including discussions on employment priorities such as the match calendar and player workload.

Enrique Bonilla, World Leagues Forum Chairman, said: “By signing this agreement, we are setting an example that collectively-agreed solutions are the future of professional football. It is a simple concept that leagues and player unions have developed in many domestic markets and that has delivered stability and growth. We are now taking this concept of collectively agreed solutions to the world level.”

David Aganzo, FIFPRO President, said: “This is an important milestone on the way to ensuring the relationship between employer and employee representatives in professional football becomes stronger, fairer and more effective. We are pleased that the ILO has welcomed the Global Labour Agreement as the right way to build a culture that respects the rights of players as employees.”

Guy Ryder, International Labour Organisation Director General, said: “We are pleased to support the Global Labour Agreement by FIFPRO and the World Leagues Forum. The accord follows our fundamental principles about workplace rights and builds on the recent ILO Global Dialogue Forum ‘Decent Work in the World of Sport’. We are committed to supporting the ambitions of both organisations to implement fair working conditions and to promote social dialogue in professional football.”