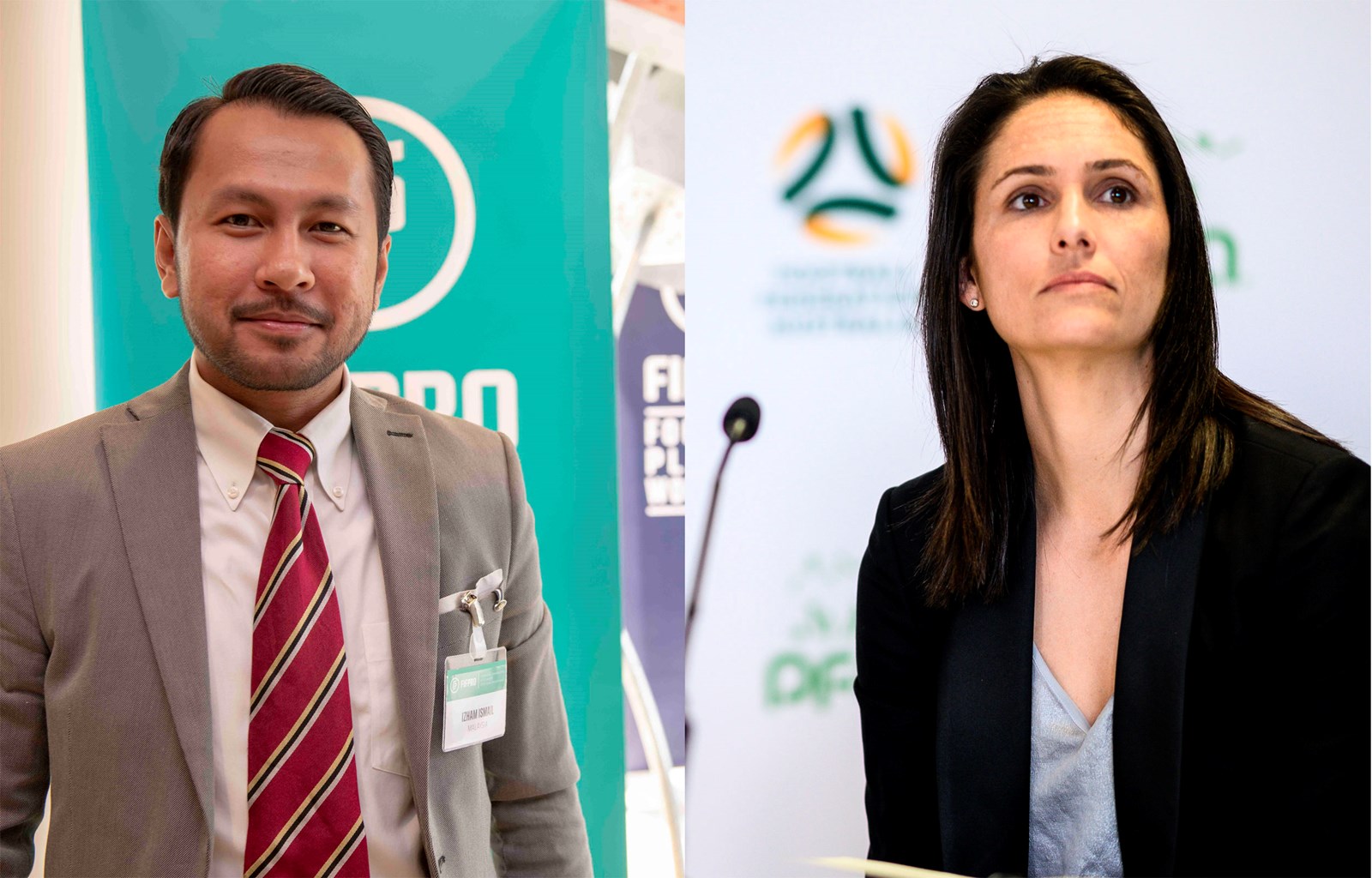 “It’s humbling to be appointed by the members of FIFPRO Asia/Oceania to carry their voice in the global conversation,” said Gill, who is a co-chief of Professional Footballers Australia and as a striker made 41 goals in 86 appearances for the women’s national team.

Gill is the fifth woman board member after player unions in Europe and Africa last month selected Mila Hristova, Caroline Jonsson, Karin Sendel and Khadija Timera as their women representatives. She will be the first woman from FIFPRO Asia/Oceania on the FIFPRO board.

Player unions from the Americas will nominate at least one female board member next week, during a meeting in Argentina. Under new statutes, the FIFPRO board will expand to 18 from 13 members in November with no more than two-thirds from either gender.

“I look forward to working alongside Jonas (General Secretary Jonas Baer-Hoffmann) and the Global Board members to ensure we place the players at the centre of decision-making and work to address the varied and complex challenges the game is facing to build a better workplace for all our members,” said Gill.

Ismail, who is a sports law expert, has acted as Chief Executive Officer of the Professional Footballers Association of Malaysia since 2014. "I am honoured to be elected to this role and I look forward to bringing new ideas to the table - one that brings the voice and aspirations of players from all different backgrounds, especially in Asia."

"It is an honour to join the Global board alongside distinguished union leaders from all around the world. The power of collaboration, especially from different ages, genders, and ethnicity will help to position us to better represent the players globally, and optimally address the many challenges we face in world football."

Ismail already was a board member of Division Asia/Oceania for six years. He said: “I am proud of our collective achievements in Asia, especially in reaching new heights in our membership, advocacy, and communication efforts. We are well-positioned to better serve footballers all over Asia and I look forward to doing the same on the world stage as a global board member."

Gill and Ismail are two of six members on the board of FIFPRO Division Asia/Oceania. They both are returning to this executive committee together with Takuya Yamazaki (Japan, Chair) and Cyrus Confectioner (India), and are joined by newcomers Anna Green (New Zealand) and Salman Al-Ansari (Qatar). Gill acts as Deputy Chair.

“We are delighted with the composition of this board, as it is showing its diversity in various aspects,” said Frederique Winia, General Secretary of FIFPRO Asia/Oceania. “With Kate and Anna we have two experienced national team players, Takuya and Izham are excellent lawyers, Cyrus is adding senior experience, while Salman adds a new voice from the Middle East to our board."

"Together, we should be able to further develop the collective voice of players in Asia and Oceania and improve their working conditions and wellbeing.”

Francis Awaritefe will not be returning on the FIFPRO global board, after representing FIFPRO Asia/Oceania for four years.

FIFPRO General Secretary Jonas Baer-Hoffmann: “I would like to thank Francis for his outstanding contribution to the FIFPRO Global Board. He has been a terrific asset to the organisation, especially his leadership role in governance reform and advancing FIFPRO’s industrial strategy. I am certain he will continue to play a big role in our movement and with FIFPRO moving forward.

"The additional seat for Asia in our new board composition means we have greater representation of the different countries in the region. With Kate’s experience as an Executive and top level player, combined with Izham's ability to speak on behalf of the experiences of many of our Asian members, it is an exciting development for FIFPRO.”