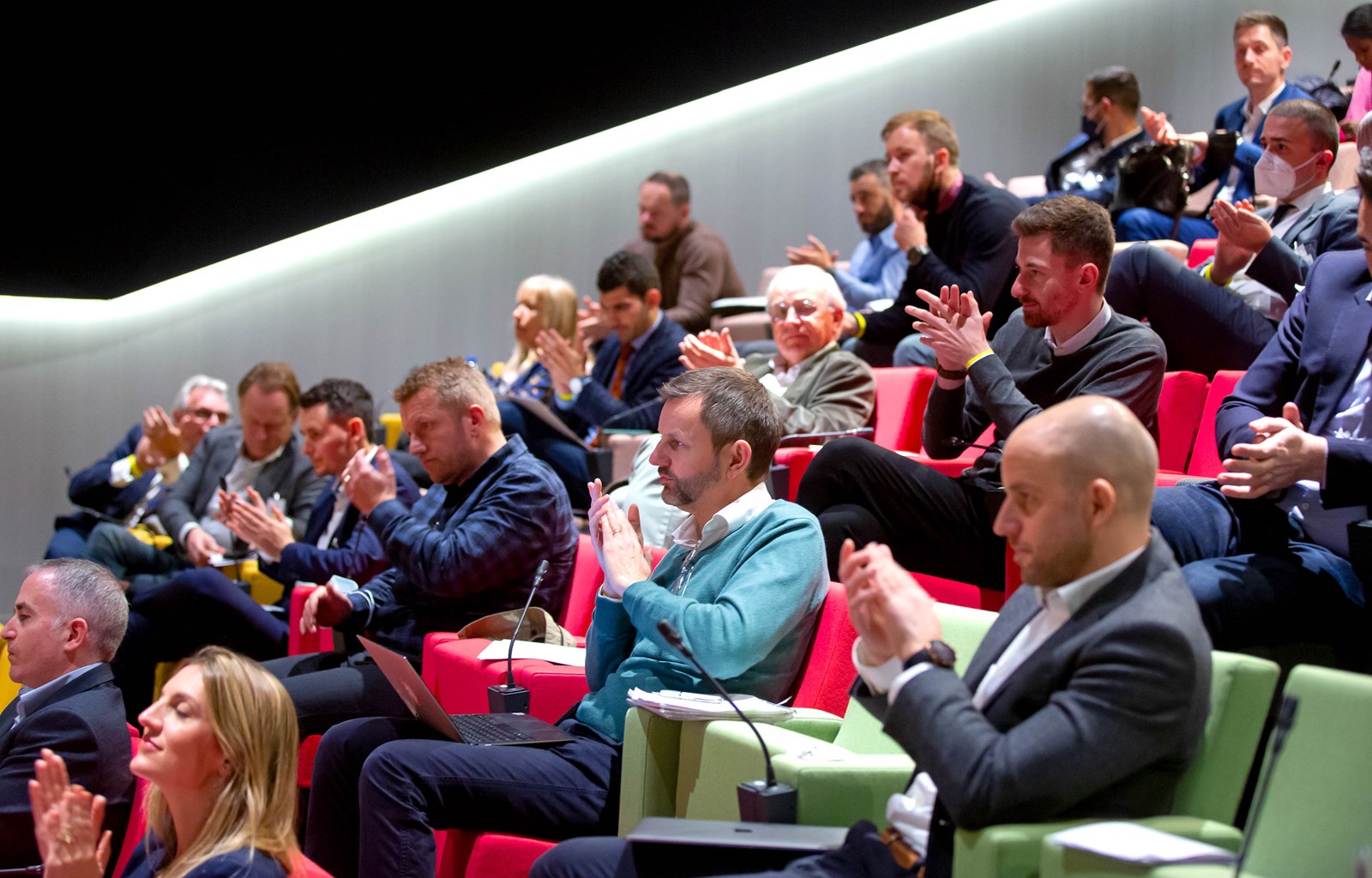 {0} min. reading time
Ninety delegates attended the ‘Preventing Match Fixing Conference’ in person and online at FIFPRO headquarters on Wednesday. Speakers included officials from the Belgian and Dutch governments as well as UEFA, FIFA and Interpol.

The event was organized by Steve Menary, leader of an Erasmus+ project funded by the European Commission who has conducted three years of research into match-fixing in friendly matches with the University of Nicosia. The research was undertaken with the assistance of players and player unions in Malta, Cyprus and Greece, as well as EU Athletes.

Menary said there were 73 suspicious friendly matches played last year, and highlighted the lack of regulation of both the agents who arrange non-competitive games and the so-called data scouts who feed real-time information to bookmakers.

Frederique Winia, FIFPRO’s Head of Member Services, gave an update on the global rollout of the Red Button App, which is endorsed by FIFA and UEFA and protects the security of players by allowing them to report approaches anonymously. Greece is the latest country to adopt the app.

Samir Arab, a Maltese player who cooperated with a police investigation, told of the danger implicit in reporting approaches by match-fixers and said a former teammate suffered psychological problems after being threatened and chased. “You can be putting your life at stake,” Arab said.

Roy Vermeer, FIFPRO’s Legal Director, said clubs defaulting on salary payments and not providing stable employment conditions made players made more vulnerable to approaches. Mirko Poledica, president of the Serbian player union, told how in his country players can be put under pressure by club officials to fix games and how some football authorities in Serbia choose to overlook criminality.

FIFA’s head of integrity Ennio Bovolenta and UEFA intelligence officer Angela Celestino told of their strategy to combat match fixing. Chiel Warners and Guy Reinenbergh, representatives of the Dutch and Belgian anti-match fixing platforms, gave their own perspective of what Warners called a fragmented global approach to the issue.

A report by Menary based on his research and video recordings of segments of the conference will be published on the website of the Erasmus+ project.

Bobby Barnes: "FIFPRO has to present solutions for the game and the players"