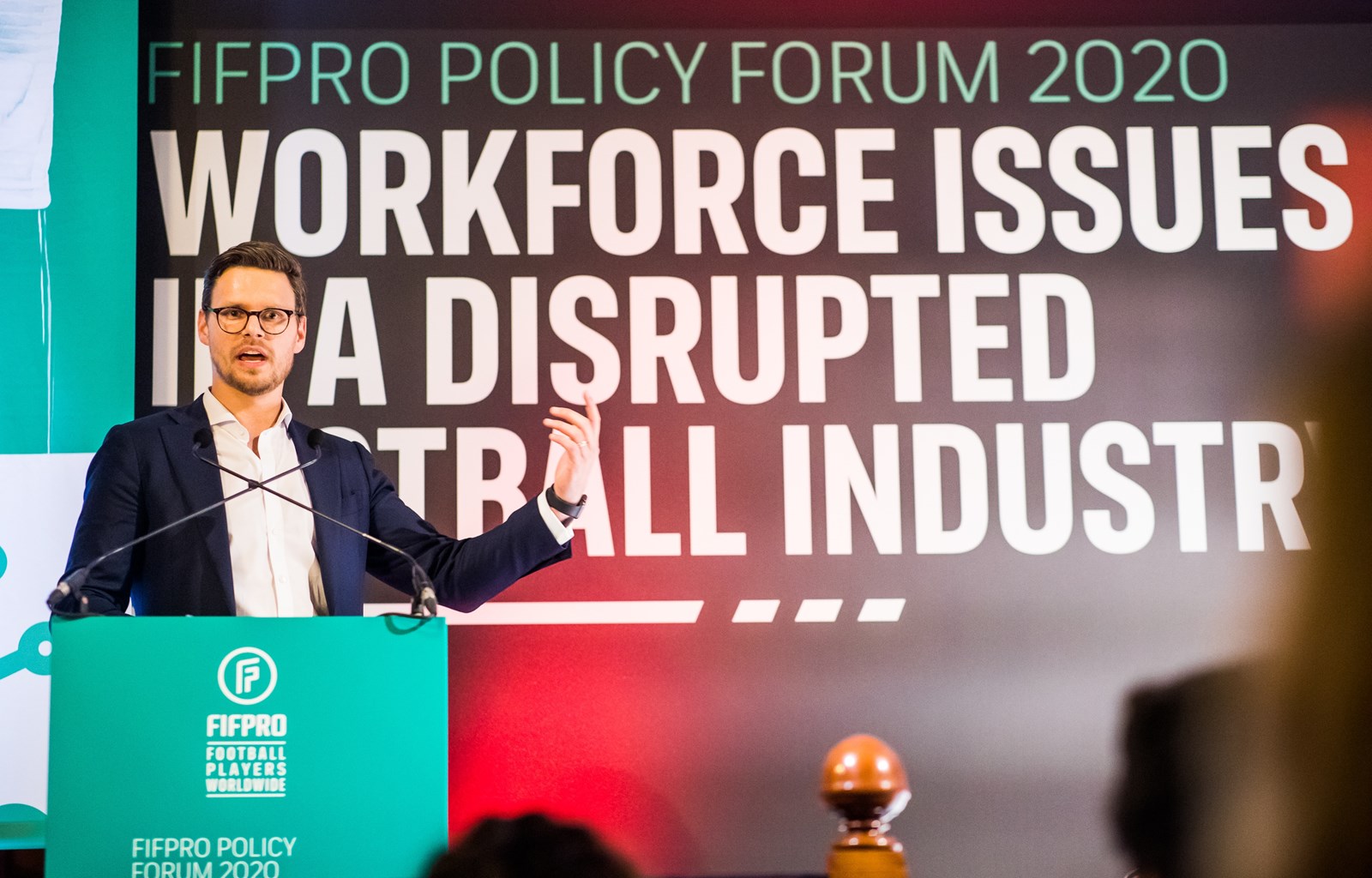 As football governance enters a critical phase, FIFPRO is hosting a meeting to debate the future of the game over the next decade. At the event in cooperation with European Leagues, player and league representatives will meet tomorrow (Tuesday) in Brussels to discuss governance at a domestic and international level, with European Union policymakers and other stakeholders participating.

The next few years will have a major impact on football, including imminent changes to the match calendar from 2024, and the forum will begin with a call by FIFPRO to improve the management of football to embed collective agreements throughout the game.

The FIFPRO Policy Forum 2021: Industry Governance in Professional Football – Shaping the Next Decade will present mutually beneficial examples of cooperation between players, clubs and leagues on a national level through collective bargaining and other forms of agreements, and debate how these reflect models on critical international areas like financial regulation, match calendars and safeguarding from sexual abuse. FIFPRO has 31 affiliated player unions in Europe, and European Leagues represent 32 domestic championships.

FIFPRO general secretary Jonas Baer-Hoffmann will open the forum and executives from domestic competition organizers including the English Premier League, Dutch Eredivisie and Danish Superliga will participate, along with representatives from the Professional Footballers Association (England), Vereniging van Contractspelers (Netherlands) and Spillerforenignen (Denmark) among other unions as well as representatives of Supporters Direct Europe and the Fare network.

“At a critical juncture for the game, remodeling the governance of football is a matter of urgency,” Baer-Hoffmann said. “There are a number of national leagues with extremely positive collaboration between clubs and players through which collective agreements create accountability and balance different interests. We must encourage others to see the benefits of finally establishing these best practices on the European level in order to build a sustainable game.”

As part of ongoing cooperation, FIFPRO and European Leagues have been working towards better football governance for several years, and recently as a first agreement of its kind introduced a framework to improve concussion management across European Leagues.

With regards to the football calendar, both key football stakeholders agree that as well as discussing competition innovations the economy of domestic leagues should be preserved and safeguards should be implemented to protect player health. They are also pushing for a holistic approach to governance that seeks to develop all levels of the game.

Among those at the forum will be Members of the European Parliament (MEP) including former Poland national team footballer Tomasz Frankowski, who played in domestic leagues in France, England and the United States.

The representatives of player unions attending include David Aganzo, president of the Asociación de Futbolistas Españoles, Bobby Barnes, deputy chief executive of the Professional Footballers Association and Joaquim Evangelista, president of Portugal’s Sindicato de Jogadores. Jan de Jong, chief executive of the Eredivisie, Claus Thomsen, CEO of the Superliga and Jacco Swart, managing director of European Leagues, will be among those participating on behalf of national leagues.