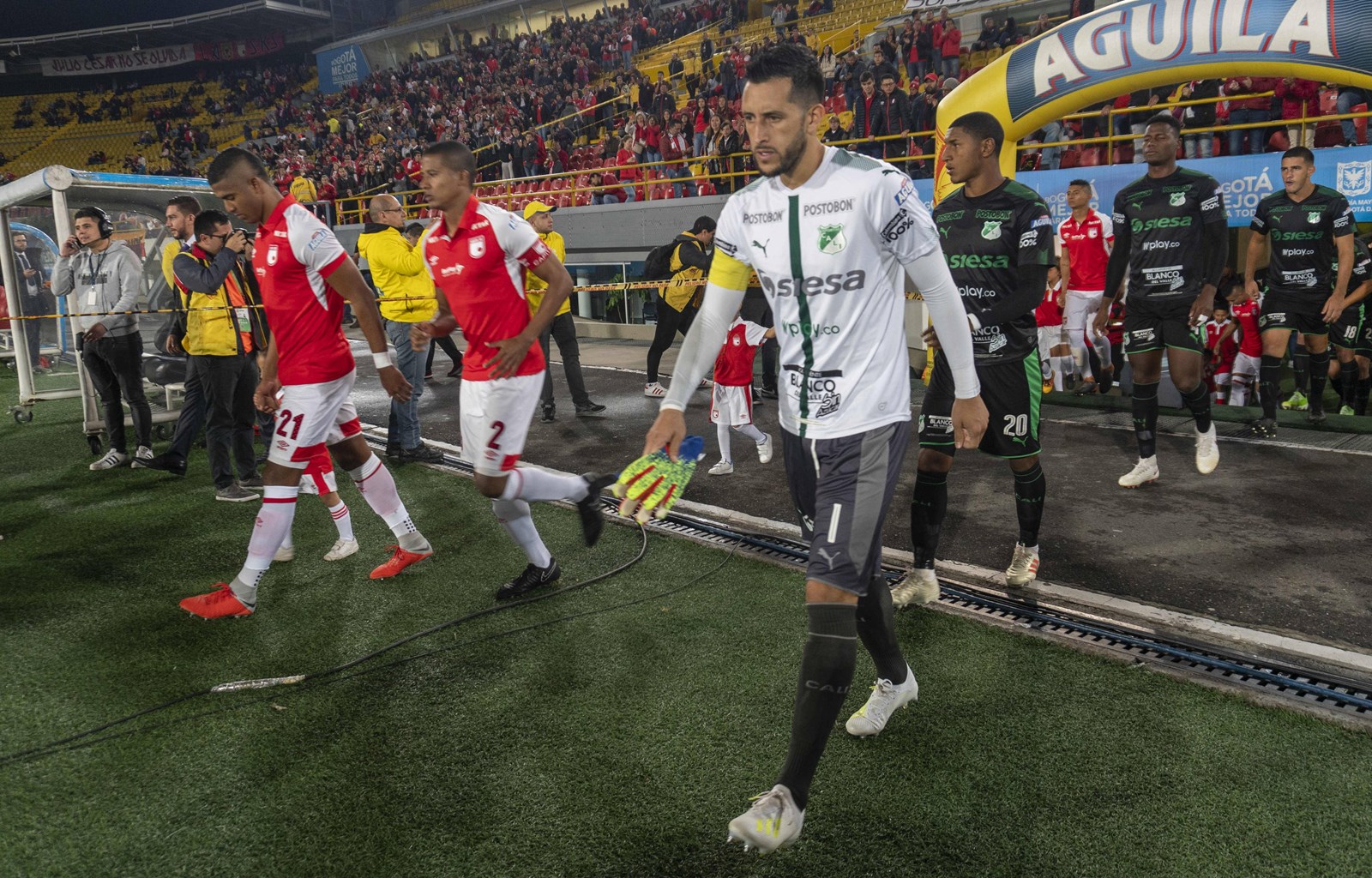 Colombian football faces a serious institutional crisis after player union ACULFUTPRO lodged a complaint with the Superintendency of Industry and Trade (SIC) against professional clubs, the Federation (FCF) and the Dimayor for conducting restrictive labour market actions and practices that affect footballers’ rights.

On 28 November, the SIC gave notice that a list of charges has been opened against the Dimayor, 16 clubs and 20 executives for making a “gentlemen’s agreement” to prevent players who claimed their rights or did not renew their contracts from being able to work in Colombia. The SIC, in its role as judge, will try to determine whether the accused limited free market competition in footballers’ playing rights. For that purpose, it will analyse in detail the cases of at least 16 players who were unable to reach settlements with various clubs between 2018 and 2021.

“There are a number of irregularities that we are challenging”, ACOLFUTPRO director Carlos González Puche told FIFPRO. “These organizations create Federation rules that violate footballers’ fundamental rights. They set up private tribunals within the Federation without having the authority to act as judges.”

“Then they create disciplinary codes which the players have to submit to in order to be entered in competitions, and those rules prevent them from applying to the ordinary courts to claim their rights. Players can be penalized by being unable to practise their sport for six months up to five years. This is absolutely unconstitutional.”

ACOLFUTPRO lodged the complaint in April with the advice of Dr Jairo Rubio Escobar, former Superintendent of Industry and Trade in Colombia. The investigation that the SIC has been conducting for months is based on three points:

The  contracts that the footballers sign to join a club contain clauses that could violate their rights to freedom of movement. For example, any player who wishes to sign a new contract with a club must sign another specific Dimayor contract that tells him to ”abide by the statutes, regulations and decisions of the sports authorities”, in particular those of FIFA, Conmebol and the FCF.

“Those statutes are manipulated with rules of their own that are outside the country’s employment laws. When players want to take legal action, they are told that they signed a document in which they accepted all those conditions. But if footballers don’t sign that document they can’t be registered by the club to play in the competitions organized by the Dimayor”, explained González Puche.

ACOLFUTPRO complained that in its statutes the Dimayor appropriates “the right to the use and commercial exploitation of the players’ collective image rights”.

Meanwhile, aggravating the harm to footballers, Article 118 of the FCF’s Disciplinary Code stipulates that players cannot submit disputes to the ordinary courts “unless specified in the FIFA regulations”.

ACOLFUTPRO points out that some clubs forced players to sign binding business agreements with intermediaries or agents that they never wanted as a condition for a successful transfer.

“There’s one team where 22 of the 25 player contracts  were signed with the same agent. In our complaint we’re asking the SIC to investigate which clubs impose representatives on footballers for them to be able to sign”, said González Puche.

ACOLFUTPRO alleges that there is a kind of internal communication network among club authorities in which presidents warn each other about “problem players”. The club authorities are accused of sending each other letters to prevent players who have previously terminated their contracts with just cause from being signed, so the footballers are excluded from the local market and forced to move abroad.

“They even had a chat line for the 36 club presidents where they told each other about these embargoes on players”, said González Puche.

On 1 December, newspaper El Tiempo published various conversations between club executives in which they conducted these practices of banning footballers: a “gentlemen’s agreement”, as they called it.

Clubs risk severe fines. The Superintendency determined that the fines could reach 100,000 Current Minimum Legal Monthly Wages (SMLMV). Each of these units amounts to 908,526 Colombian pesos (approximately 231 US dollars).

In July 2020 the SIC imposed severe financial penalties on the Colombian Football Federation (FCF) and its executive committee members for forming a cartel to resell tickets for the qualifying stage of the Russia 2018 World Cup.

“The Federation was fined more than 16 billion pesos, which is over 4 million dollars. I don’t think these clubs want to face something like that”, concluded González Puche.

The clubs being investigated are:

Five reasons why Romanian football needs to be fixed