We call it ‘Der Tabelle der Anderen Art’, or 'The Table of a Different Kind’ in English. It is an anonymous player survey with seven questions such as:

• Is your salary paid on time?
• Is your contract formulated clearly?
• Do you get paid when injured?
• Does the club supply you with equipment?

Every player fills out their own survey. Each question you can award your club with one to 10 points, with 10 being the highest score. When you receive your salary each month on the fixed date, then you will give a 10. But, for example, if your club once or twice was two weeks late with your salary payment, then you could write down a six.

The union calculates all the scores and then creates a ranking based on the highest score. That’s why they call it: 'The Table of a Different Kind’.

The union has been doing this for more than 20 years. The idea is that we use the public to open up the discussion about better working conditions. For that reason, it is important that the public understands what this survey is all about. If they do not talk about the Tabelle, then nothing will change. 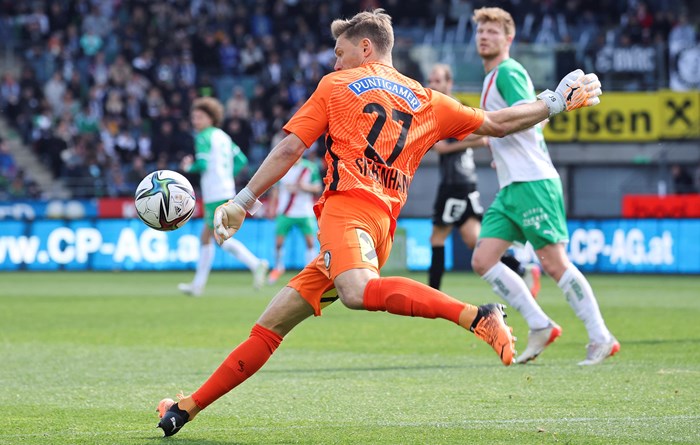 If the results of the player survey point out that these conditions are not respected, then they need to be addressed. And if things are structurally not functioning as they should be, then the union could discuss making adjustments to the standard player contract.

I think over the years, the Tabelle has helped improve working conditions. There are nearly no clubs where late payment occurs, while the medical treatment is arranged much better, guaranteeing the availability of a masseur and a club doctor, and more attention to injury prevention and aftercare.

The biggest issue right now is equipment. According to the standard player contract, a club has to provide you with shoes, shin guards and gloves – but, unfortunately, there are clubs where you have to pay for shoes yourself, for example. At some clubs you get reimbursed, but the situation differs per club. That is why you see low scores in that category.

It is paramount that the union gets in touch with players to find out what the exact reasons are for low grades because a low grade does not immediately tell you what is wrong. If a club gets a five for timely payment, then this doesn’t mean that all players did not get their money. Maybe salaries were paid on time, but the bonuses were late. Or perhaps some of the players were paid late and others received their money on time.

After the union has identified the problem, then it will discuss with the club how to improve the situation. That is how it should work.

I always check the Tabelle to see how all clubs scored. When I notice that a club has scored a six on a certain question, then I will get in touch with a player from that club to find out what happened.

Once a year, we have a meeting with all union delegates from each club at the Bruno Gala: our union’s player awards event. We use that opportunity to discuss various topics, including the Tabelle. If we notice some general issues from this survey, then we could take joint action to improve them.

The Tabelle is there to make things better, and not to name and shame clubs.

Nobody likes to be criticised. That is also why it is important that the union communicates clearly to the public what the reason for the Tabelle is and which conditions are agreed in the standard player contract.

I do not know if the Tabelle would work everywhere. It has to fit in with the culture of the country. In Austria, things are quite well-organised. When we notice something is not functioning properly, then we fix it.

If you do not get paid on time in Austria, it is a big issue in our country. In football, it could even lead to clubs being sanctioned by the Bundesliga.

In other countries, people might react differently. I have heard stories from players who went to a club abroad, did not get paid, complained about it, and then got sacked by the club. So, a lot depends on a country’s culture whether it will work. But I think it is worth trying.