Non-payment is the most common malpractice in professional football. According to FIFPRO’s 2016 Global Employment Report, 41 percent of men’s players reported non-payment over a two-year period. The case below is extraordinary because Mouhoub Nait Merabet experienced several breaches after signing with a Tunisian club in the summer of 2019: the club did not pay him for months, he did not receive a written copy of his contract, he was excluded from the team, his passport was retained by the club for four months, and he could not leave his hotel because the club had not paid the bill.

Nait Merabet won his case at the FIFA Dispute Resolution Chamber and the appeal at the Court of Arbitration for Sport, however the club are still delaying the payment it owes to the player. FIFA issued a registration ban that will come into effect on 1 July 2023, yet the club will still be allowed to play in international competitions next season. Given the date of the final CAS award, a possible ban from CAF could only be applicable for the 2023/24 season (if the player still has not received his money on 1 July 2023).

Nait Merabet, who was only doing his job, has been confronted with various injustices through the various levels of the process until now. As financial and sporting sanctions for clubs do not seem to motivate their directors to comply with obligations, perhaps governing bodies should consider introducing sanctions for club officials for moral and ethical violations, such as for the retention of passport.

What happened with the player?

Nait Merabet signed a three-year contract with CS Sfaxien in September 2019. His situation changed after a couple of months as the club hired a new coach. The player was side-lined during training and began to experience non-payment of his salaries. From November 2019 to June 2020, the club only paid, at irregular intervals, a total of three salaries.

In February, the club asked for Nait Merabet's passport to organise his working permit, however the player would not get his passport back for months, let alone any working permit.

“The first few moments when I realised that things were not going well, I told myself that it was normal to have worries — it’s part of football, of life. There are obstacles and that is fine. To make the situation better I must not let go, but sometimes I had tears in my eyes,” Nait Merabet told FIFPRO.

During the spring of 2020, Nait Merabet contacted FIFPRO for support, after which the world players’ union helped him obtain a copy of his contract. Next, FIFPRO helped him send a default notice to Sfaxien, requesting to receive his residence permit, passport and all outstanding pay within 15 days.

Two days after that notice, the club instructed him to train alone while his team was at a training camp. The sessions only involved running laps around the pitch and weight training.

“The fact I was not called for the camp and that I was not injured was the point of no return,” he said.

The club used a common practice: they put the player in a difficult position, hoping that he would agree to mutually terminate his contract under unfavourable conditions and leave the club, which would limit the financial consequences for the club. However, the player persevered and fought for his rights.

The player’s passport was returned following a formal complaint filed with the local prosecutor, who intervened. Yet, the club failed to make any payment of the player’s dues within the provided deadline, forcing the player to eventually terminate the contract on 3 July 2020, which he was legally entitled to do.

“The fact I was not called for the camp and that I was not injured was the point of no return.” 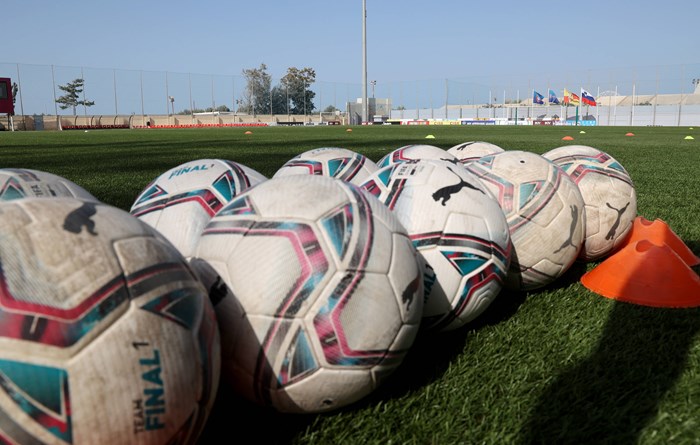 The club immediately informed the hotel where it had accommodated the player, falsely claiming that the player would pay the hotel bill with funds he had received from the club. The player became a prisoner in the hotel because staff refused to allow him to leave until the bill was paid.

He formulated an escape plan together with friends. They checked into the same hotel with two empty suitcases for the player to transfer his belongings because staff knew what his own luggage looked like.

Nait Merabet lowered his own suitcases, using bedsheets, to the room of his friends who had checked into another room. They packed his belongings into the replacement suitcases and left the hotel with them.

The following morning, on 4 July, the player attempted to leave the hotel yet staff intervened. He was forced to bypass security and run away, clambering into the first available taxi to make his escape.

Current status of the player

The FIFA Dispute Resolution Chamber (DRC) found that the player had just cause to unilaterally terminate the contract and was entitled to numerous outstanding payments from the club. The Court of Arbitration for Sport following an appeal by the club, confirmed the FIFA DRC decision in its entirety in an award of January 2022.

However, the player is still waiting for payment. Unfortunately, his adventure in Tunisia had huge consequences for his career. During these legal cases, clubs were hesitant to sign him, because an eventual legal decision against him, could be a financial risk for the new club.

This means that he has not been able to experience top-level training and competition ever since.

Update: January 2023 – further information on the case is available HERE.