This is part of a five-part 'Raising Our Game' series on how player unions are helping to advance women's football around the world.

“I hope that the girls can see the importance of the collective,” said Van den Heiligenberg, who made 97 appearances for the national women’s team. “I am going to try to convince them how important it is.”

“The top three teams - Ajax, PSV and FC Twente - have arranged everything nicely, but the other teams are playing for maybe train tickets,” Van de Heiligenberg, a four-time Dutch champion, said.

Players at smaller clubs for example risk not getting paid when they are sick, while some are having a job or are studying too. This makes it difficult for them to fully concentrate on football and get the most out of their playing career.

“It would be a good thing if all clubs would have a CBA, with a minimum wage and everything else,” Van den Heiligenberg said. “The players put so much time and effort in it that it is the least they deserve and maybe also need to perform to their best ability.”

The Dutch national team won the 2017 European Championship and reached the final of the 2019 Women’s World Cup. Recently, the eight-team top division announced a title sponsor and arranged that there will be a weekly live match, either on pay television or public channel NOS.

The return of national team players Stefanie van der Gragt and Sari van Veenendaal, who respectively moved from FC Barcelona to Ajax and from Atletico Madrid to PSV, will also boost the level and exposure of the league.

“There is so much space to develop and I hope we can do that together,” Van den Heiligenberg said.

The Next Step: PFA report seeks to protect growth of Australian women’s football 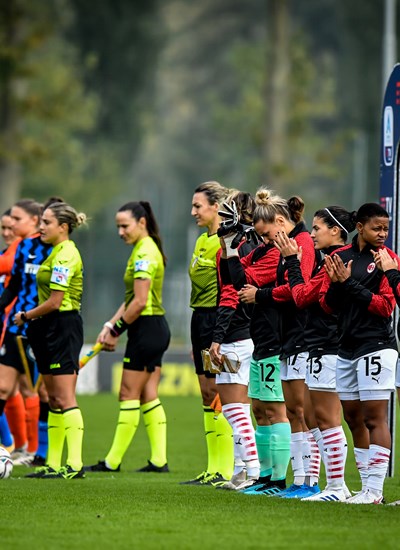