An Australian female football player advises the International Football Association Board (IFAB) to introduce a temporary substitute to provide medical staff with a 10-minute window to assess if a player has a concussion.

An Australian female football player advises the International Football Association Board (IFAB) to introduce a temporary substitute to provide medical staff with a 10-minute window to assess if a player has a concussion.

“It could have changed my life,” said Erin Clout, who is still suffering from dizziness, headaches and heavy fatigue following a concussion sustained during a football match in August, last year.

On the pitch, nobody assessed whether Clout showed symptoms of a concussion after a ball had hit her head from close range in the 40th minute. She played out the remainder of the match, which was a serious threat to her long-term health.

“It is vital that there is enough time in a dressing room for medical staff to make a thorough assessment if a player has a concussion, and for players to honestly evaluate how they feel,” Clout said. “It is really difficult to make that call when you are on the pitch surrounded by people telling you to continue.”

Clout, a wingback for second-tier club Southern United, quit playing football. “I need to protect myself. This was my fifth concussion. Even though this knock was not vicious, I have still not recovered after six months. How much damage will I suffer from another blow?”

She doesn’t remember the incident. “I’ve seen video footage. I was startled and dizzy, but did not pass out.”

“When I was at home later that day, I wasn’t myself. I was hysterically laughing all the time.”

The next day she had a headache and felt disoriented. She thought it would simply go away. It did not. At the end of the week, she began to fall asleep at work and colleagues noticed her struggling with basic tasks. She went to the hospital, but there they only checked whether she had suffered a stroke. She hadn’t.

“I should have asked for a specialist, because I know how dangerous concussions can be, but I didn’t. That illustrates how much my ability to take decisions was affected by my concussion,” Clout said.

Only after three weeks, she visited a specialist who finally diagnosed Clout with post-concussion syndrome.

Her life has dramatically changed since the incident. She stopped going to busy or noisy events such as birthday parties, concerts and football matches. She also had psychological help.

Clout is back working with Professional Footballers Australia, where she is a player relations manager. However, she is cautious with her workload and sometimes takes a break to lay down and have a rest.

“I am not the over-the-top loud girl that I used to be,” Clout said.

“I have asked doctors when I will be okay again, but not a single doctor has given me an answer…”

Read why FIFPRO wants IFAB to introduce a temporary substitute

Do you want to know more? 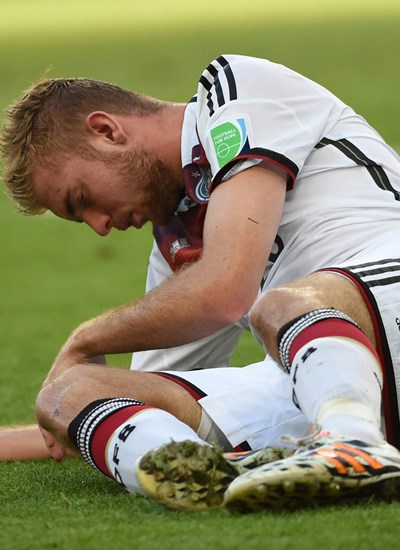