Rugby is one of the most advanced sports in preparing players for life after sport. As part of the 'Mind the Gap' campaign, we spoke to Deirdre Lyons, Rugby Players Ireland's head of player development, about how clubs and player associations work together.

Are rugby players more equipped for a second career than footballers?

Generally, yes. One of the main reasons is that about 50% of professional rugby players have a degree or vocational education (compared to 13% of footballers). Because they don’t join a rugby club academy until they are 18 and an academy contract can last for three years, many of them finish a degree or diploma as they are finishing the academy.

What kind of help do you give rugby players?

We work closely with players at their clubs. I am three days a week at Connacht rugby club in the west of Ireland. I have an office at the club, wear club uniform and attend the Monday morning meeting, when staff discuss the week ahead. I’m seen as one of the club staff even though I am employed by the player association.

Our work has five main pillars: career, education, finance, social engagement and mental well-being. We launched a “Tackle Your Feelings” campaign in 2015, for example, to give players vocabulary to say when they are not ok. We’re trained in mental-health first aid but we don’t do counselling ourselves, we have a network of counsellors we refer players to.

How often do you speak with players in the week?

At the Monday meeting I stand in front of the squad and I talk about someone who has, for example, started a degree, done a workshop or opened a business. Every Wednesday, which is a day off for players, we have a personal development day.

Recently I took 15 to a start-your-own-business workshop. Another time I took five or six guys to a 7:30 a.m. business breakfast where they could network with local businessmen.

We also have skills sessions when they learn about, for example sales skills and negotiating skills. We try to expose them to a range of different things and they can work out what they are interested in. Having them sit in an office from 9-5 doing work experience helps them understand whether it’s for them or not. Actually some of them quite like it.

Are players enthusiastic about your work?

Some of the squad are very engaged, others are in the middle and there are always some who are not engaged. When we offer help for the ones who are not engaged with stuff like their mortgage or car insurance then often we can break down the barrier. Then they start to see you as someone who can help them out.

An example of a player you have worked with?

One player, Ronan Loughney, completed a business degree and felt he should work in the corporate world but he had a real passion for making bespoke furniture. He attended many of the start-your-own-business sessions that we organized and met a lot of entrepreneurs and mentors in this space. He has decided to launch his own company doing interior design and bespoke furniture making. If a player has a real passion for something we encourage them to follow that passion.

Is the work you do new to rugby?

It probably dates back to Australia in the 1990s. The Australian and New Zealand player associations were very early adopters. In Ireland, it goes back to about 2001 but it really took off in 2013. We now have one Player Development Manager (PDM) per club. Each of them is employed by the player association. This is similar to Australia. In New Zealand there are as many as 24 PDMs. They also have a dedicated PDM for transitioning, overseas and retired players.

What are the ideal skills of a player development manager?

Skills for a PDM are varied but ideally you’d look for someone with a background in career coaching, psychology, or working in a high-performance sporting environment. Someone who is good at listening and empathy, who has the ability to connect with a player and draw answers out of them.

What advice would you give to football?

It’s important to have PDMs on the ground in every club and it’s important to have buy-in from players. You need players who are champions of player development in each club. For example, we had players who encouraged their teammates to go to the start-up business workshop and we ended up with about one-third of the whole squad going. Once you have that kind of momentum our work begins to become normal. You have started to change the culture. 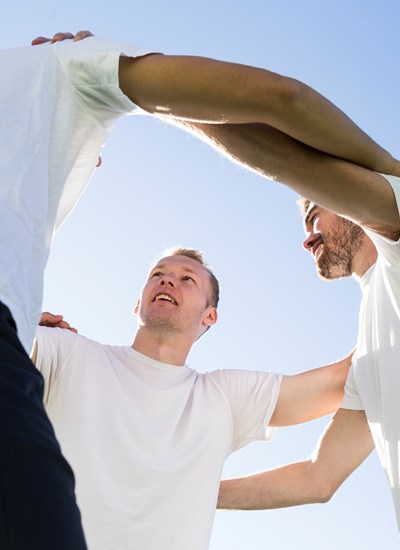